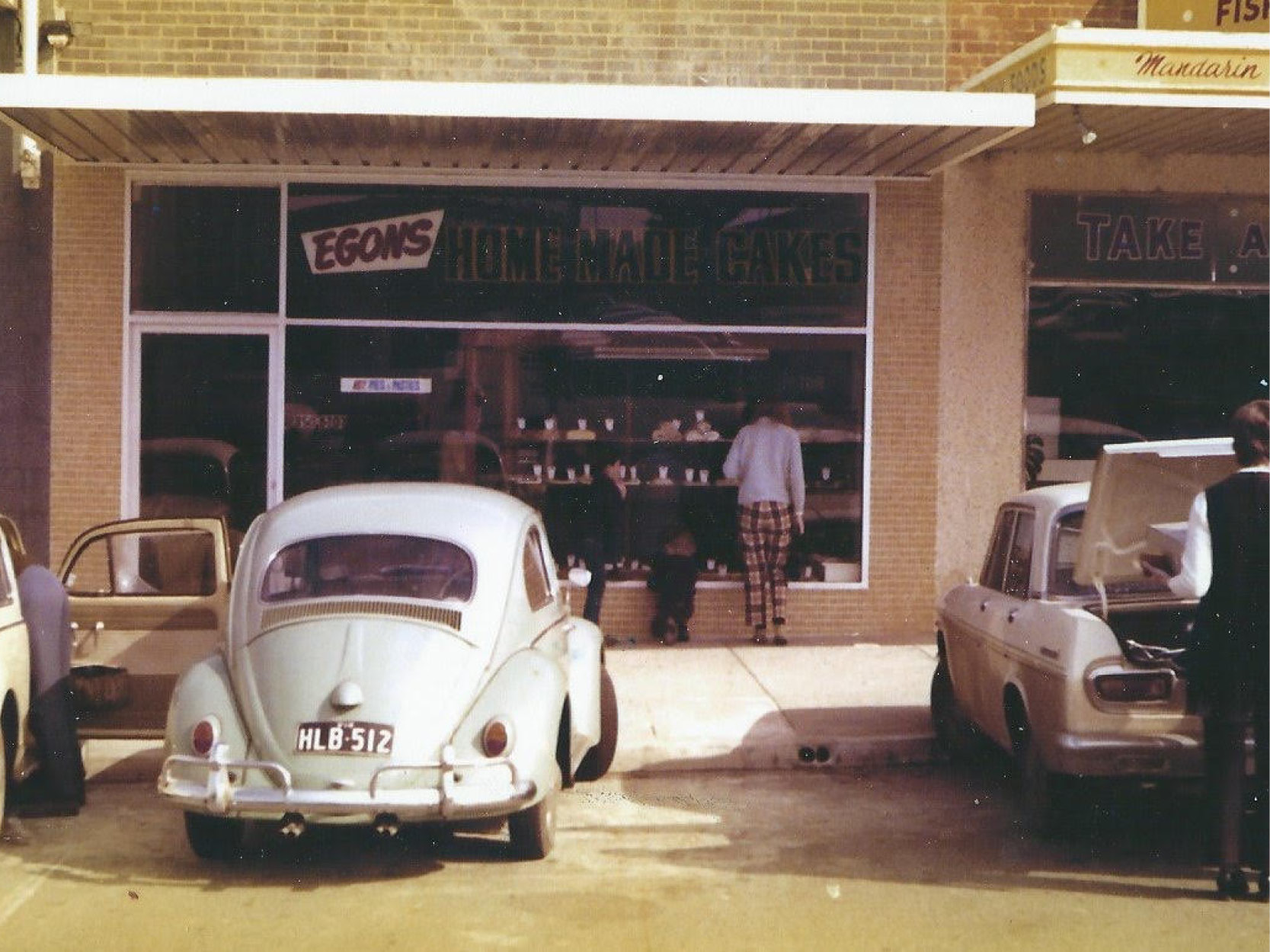 Egons Cake Shop is a much-loved local institution, but did you know that Egon Cyganek came to Victoria on a contract to build railways? That was back in 1952, and young Egon, twenty at the time, signed up to work for Victorian Railways for two years. He was one of the “Berlin Boys” amongst a batch of young men from more than fifteen nationalities who built our regional railway lines. After completing his contract, Egon stayed on and worked at Henry’s Cake Shop in Heidelberg Mall for twelve years.

In 1971, the opportunity came up for Egon to open his own cake shop in the current spot in Macedon Square, and he grabbed it. With his wife Karin, Egon, trained as a pastry cook in Berlin, started the first bakery in the area. They mainly made Australian cakes and pies because those products suited the young market. At that time, many young families were moving into the newly-created housing estates, which had sprung up from subdivided orchards. Many residents who grew up in the area have fond memories of Egon’s pies and doughnuts.

Egon’s son Gary followed in his father’s footsteps. He joined full-time at the cake shop in 1976 while studying pastry-making at William Angliss College. Gary was awarded “Apprentice of the Year” in 1980 and, in 1990, took over the running of the business. Gary and Egon then opened up a very successful cake shop on 8 Collins St in the city. They sold the shop in 2017.

Gary and his staff had plans to celebrate the shop’s 50th-anniversary last year, but the on-going pandemic put paid to that. These days, Egons Cake Shop offers a large range of bread, cakes and pies, including German favourites such as Bienenstich, Berlin bread rolls and Berliner doughnuts. Egon, who turns 90 this year, continues to come to the shop and helps out where he can. Next time you’re in Macedon Square, why not pop in and say hello?