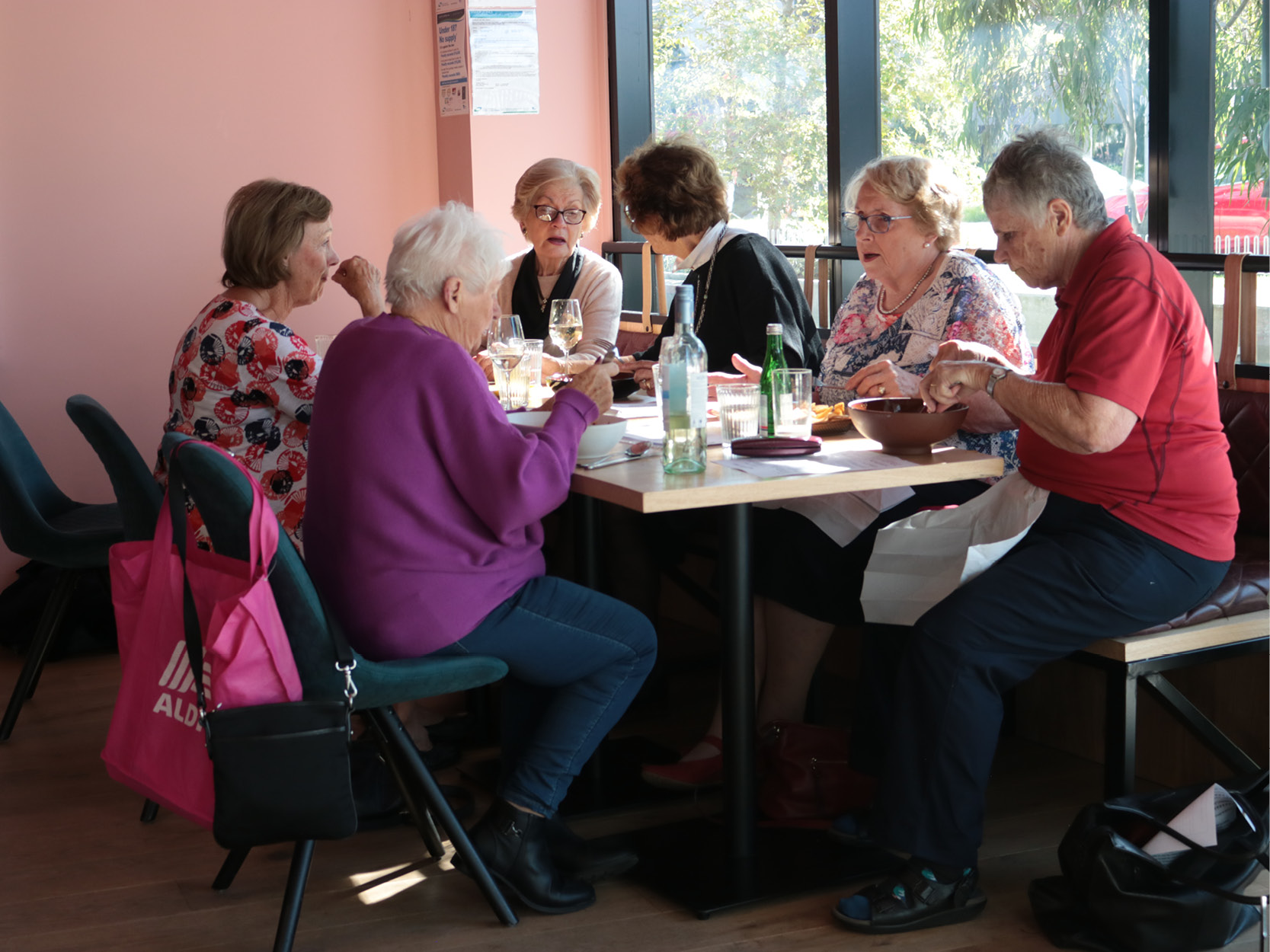 The club was formed on the 16 June 1971, at a meeting held at my home. The seven founding members were: Julie Parkes, Eileen Madigan, Elaine Jacobsen, Valerie Avent, Margaret Craven, Judy Gray and Judith Wild.

This was how the club worked: Members who babysit earned one point per 15 minutes. Those points went into the sitter’s ‘bank’ and were deducted from the bank of the host member. Host families would leave a small supper for the sitter and an instruction sheet on caring for their children, e.g. time of lights out, any special conditions, emergency numbers, the TV instructions and any ‘caveats’ about the quirks of our 70s houses! A secretary would volunteer each year to hold the books, acting as a liaison and keeping careful check of the points totals. They would also choose a venue for the annual dinner, send out those invitations, and make sure the event went off without a hitch.

The membership grew slowly as we decided that the club would only accept new families on the recommendation of current members. By the middle of 1972, we had a membership of around 30 families.

However, throughout the 15 years of its operation, 79 families have been club members. We agreed that our babysitters should be given as much support as possible so that whilst the parents were away from their children, all concerned would have a pleasant experience. So every year, we held an Annual Meeting at which matters that concerned members were discussed and a list of ‘rules’ or ‘guidelines’ was refined and assembled. It was always a lovely evening of great fellowship and a delicious supper. There were heated discussions on topics such as whether babysitters should sleep and then whether they should be allowed ‘vertical napping’ or, as one (male) sitter had done, to stretch out and snore on the spare bed!

As the years rolled on and the children were past the ‘nappies and bottles’ stage, most families were happy to have the dads do the sitting, and this added a different dimension! The husbands, as usual, not wanting to read the list of instructions, made up their own babysitting plans as they went, much to the delight of the children. One couple driving past their home after picking up friends on their way to dinner was startled to see their son in pyjamas fielding a soccer ball in the bushes on the side of Bulleen Road. The children reported a ‘great game’ of ‘kick to kick’ with the babysitting dad!

Many of the now grown-up children can still recall the special times they had with babysitters, including one mum who helped her make a necklace and another dad who spent hours setting up and playing a construction game.

As we, the parents, were of much the same age (and as the group did not grow with the addition of younger families), the membership gradually shrank until the club books showed only 16 active members. The final Annual General Meeting was convened on 7 July 1986. At that meeting:

‘The view was unanimously expressed that we have greatly appreciated the friendly atmosphere and cooperative spirit of the club, and it is with regret that we have voted to disband.’

The final meeting resolved to invite all past members to attend a reunion dinner each year. The tradition continues.